My mother was born and raised in Ephraim, Utah. She was of an adventurous and inquisitive nature, possibly a bit of bad girl in that small predominantly Mormon community, although that’s not the kind of thing she would have shared with her son. Not a major slut, I am sure, but possibly less devout than her class mates and siblings, more like her father Angus, who lived there his whole life without ever becoming a church member. For whatever reason she enlisted in the Women Marines during WWII and spent her war career in California, where she decided it was a big old interesting world, and much as she loved her parents, she had stuff to try and places to try them.start with her:

“Eris, I still miss you and thank you for the gift, because it didn’t really surprise you that much when I did the same thing to you.” 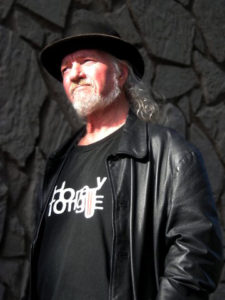 I grew up in the suburbs around Seattle, Washington. In those dear dead days, before those wooded hills were full of Dot.com millionaires and the tallest building in Bellevue was the four stories dubbed Fredrick and Nelson’s, I spent my youth running in the woods, watching a red tailed hawk raise its young, and living in the exotic romantic foreign lands of my imagination. The latter, fueled by my love of books… the usual suspects, from Kipling and London, through Burroughs and Doyle, Chandler, and after I discovered that girls did indeed smell funny, but I liked it, Henry Miller and D. H. Lawrence led me to love Shakespeare and Dickens, in spite of a concerted effort by the school system to convince me they were boring old requirements by omitting all the sex and violence.

As a teen, I was too busy being a clueless rebel without a cause, to bother watching the movie, but I sure did love Robert Mitchum in Thunder Road. So it isn’t too surprising that getting busted for liking beer and girls and speeding around the back roads of the cascade foot hills late at night led the exasperated local law enforcement community to offer me the choice of six months in the county jail or four years in the Marine Corp. I chose, hugging an M-60 and looking out the window of Med-Evac choppers in Vietnam. At first it was enjoyable, but as I slowly grew a political consciousness, the waste of lives and landscape convinced me that I did not belong in a uniform. I am proud of the one I wore and the men I wore it with; I just don’t march well with others.

Out of uniform, with no readily available civilian jobs for helicopter machine gunners that did not involve wearing a uniform, and still trying to figure out how I felt about the entire south east Asia clusterfuck, something I am still trying to do a little, I discovered that a wonderful vitamin named LSD made things a little more understandable when ingested with several thousand of my closest friends to the music of Dylan, Hendricks and the like.

I finally lucked into a job with a bunch of other colorful scalawags on a far sailing scientific research vessel during that storied golden age of humanity, when there were no STDs that could not be cured by a trip to a long suffering union Doctor. Long sea voyages of sobriety and sweaty engine room work punctuated by visits to third world ports, where my monthly wage was more than their citizen’s annual median wage. I behaved with all the sober probity of a roared brothel ballad and do not regret a moment or a farthing. 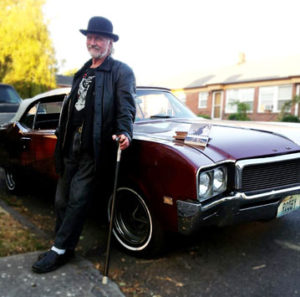 I bought a small apartment house in Seattle, naming it Palamabron, after the horned pagan god of William Blake’s mythology, and tried my hand, with some success, as poet, sculpture, photographer, and Taxi owner/driver in between long sea voyages, as a Marine engineer. The latter were by far the most lucrative part of my life, although, as I see it now, inevitably resulted in disastrous effects on my love life.

Poetry was my foremost artistic love, then and now. So, when a friend, and bar owner named Jomo, told me that an old friend of his named Wally was hosting a poetry slam at the Central Saloon once a week and he, Jomo, would pay my admission if I wanted to bring down and read some of the stuff I had been scribbling away at on those voyages. I decided to give it a try.

I had read a few times at my friend Robert Otto Borsodi’s coffee house before he up and moved to NoLa (New Orleans) and once at the local wankers stage at Lolapalooza between acts of Rock and Roll wrestlers MCed by a fugley Tranny mistress of ceremonies, but that was about it. I found that reading my own poetry before people made me more nervous than dancing around naked in front of them, but was also more exhilarating.

That night I met the slam’s host Wally Lane, who was also publishing some books of local poetry and we kind of hit it off. He published a book of my poetry in 1995. The Snake Swallower of Cochin and other odd occupations and we remain friends and collaborators still.

When steel deck plates and ladders eventually took their toll on my knees and ankles and I, amazed as I was, realized that, against some fairly long odds, I had lived long enough and slowed down enough, to return to my first love of writing books, Wally was the one I called from the parking lot of a motel in Elko Nevada with the idea for a murder mystery, set in the west’s strip clubs and brothels and staring a fictional version of myself, and another good friend of mine. Wally said, “Sounds like it could be interesting, now all you gotta do is write it.” – Yup.